The 1909 version of Windows 10 is expected to be released by the end of October. The following article explains the relatively minor changes that will be made to File Manager, OneDrive, and Notifications.

The release will be done as an automatic update. It is not expected to be difficult to install, and will probably require just one reboot. 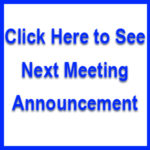